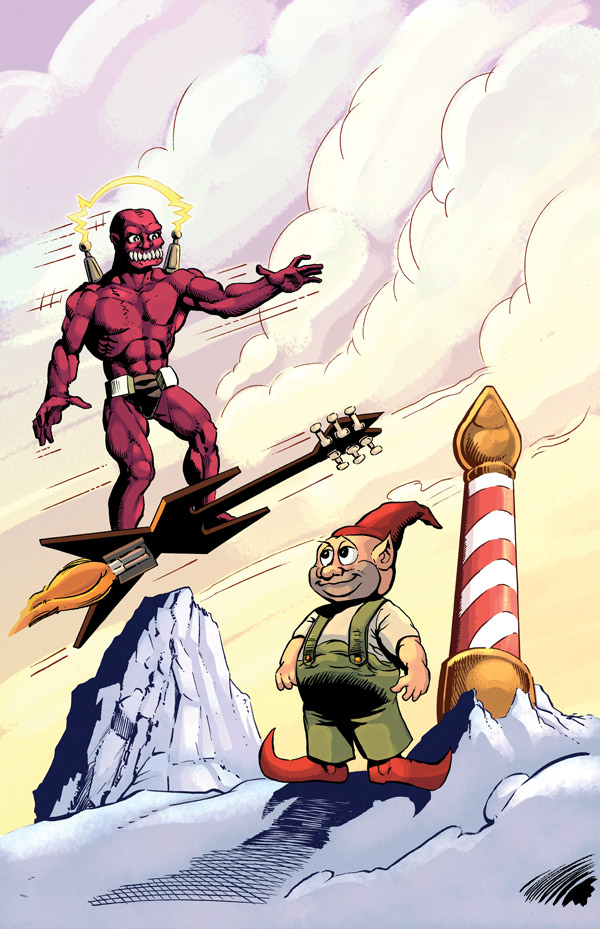 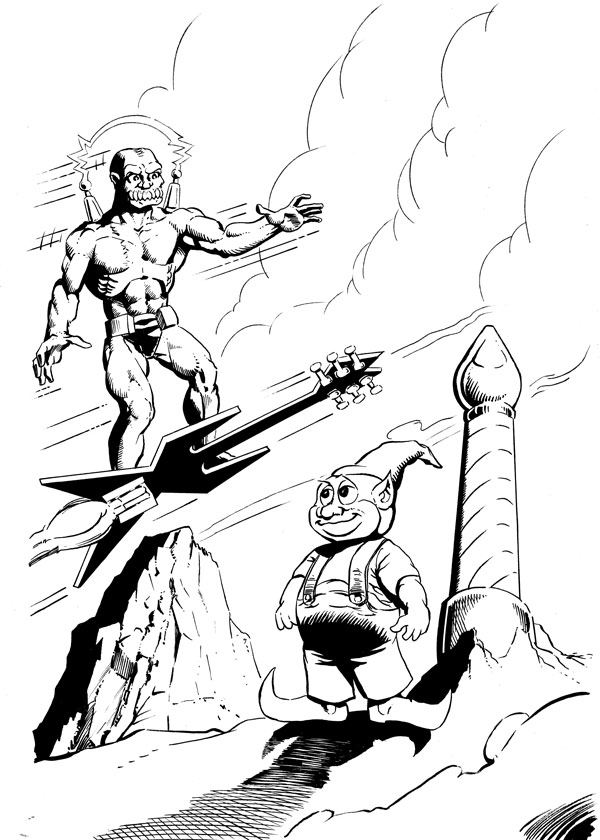 Pencils by Mike Witherby panel out of our forthcoming Issue Strength Monsters in "Christmas Tree Delivery." 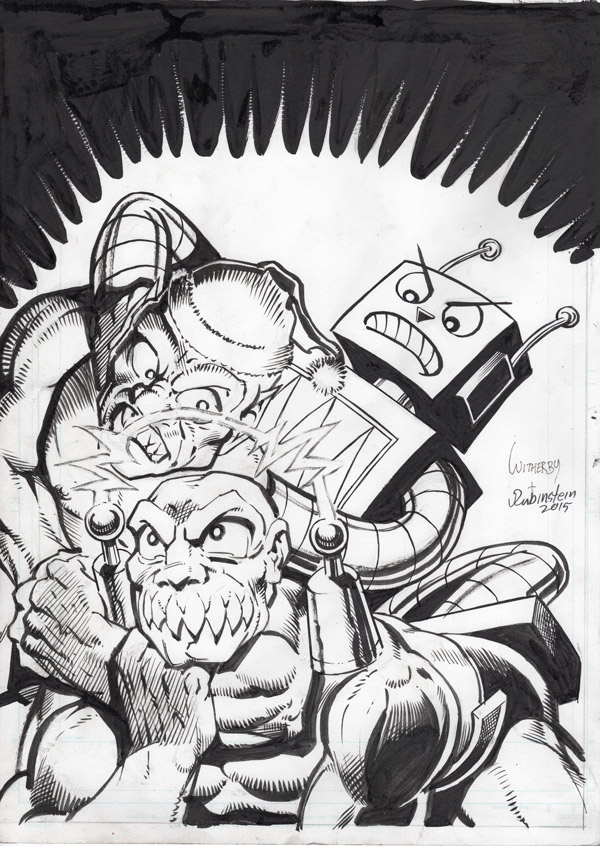 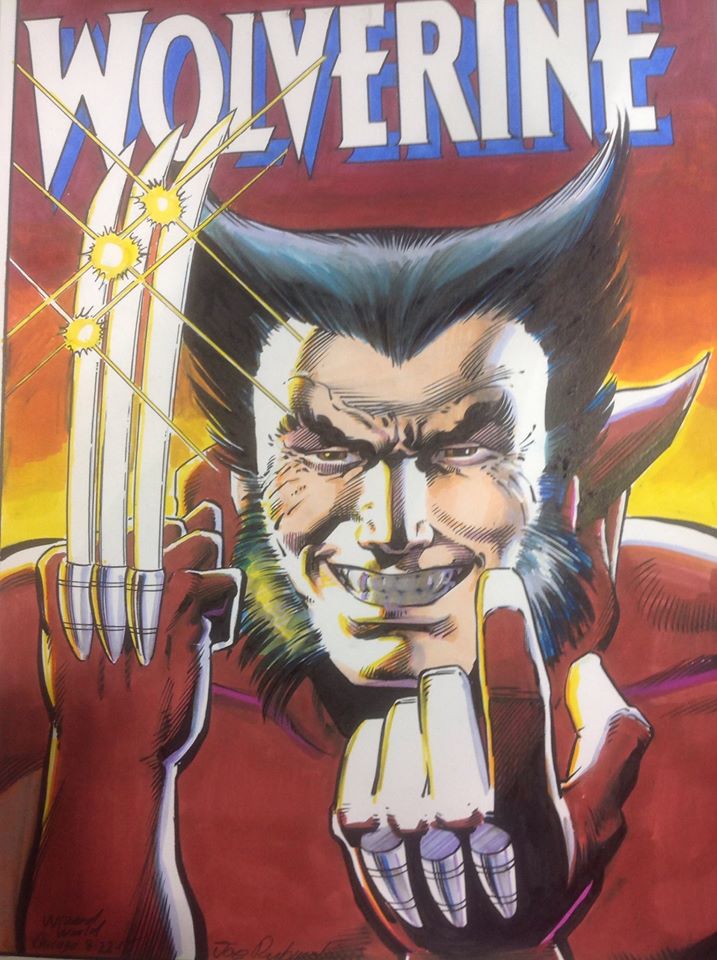 It's true comic book legendJoe Rubinstein has agreed to ink Mike Witherby's Cover and a Pin-Up for our forth coming comic book Strength Monsters in "Christmas Tree Delivery." If you are unfamilar with Joe Rubinstein he has literally worked on and inked nearly everything in comic books. Some of his most well known work would be how he almost single handedly inked the entire Hand Book to the Marvel Universe, the Infiinity Gauntlet and Frank Millers Wolverine limited series of the early 1980s. (Picture above is the Cover Inked and Colored by Josef Rubinstein for Frank Millers 1982 Wolverine Limited Series.)