Here's another panel pencils by Mike Witherby inks by Sam Kressin from our Strength Monsters Christmas Special currently on Kickstarter. There's not much time left to get in on this Kickstarter and get behind this comic book here is the link; http://kck.st/1O4Ersu 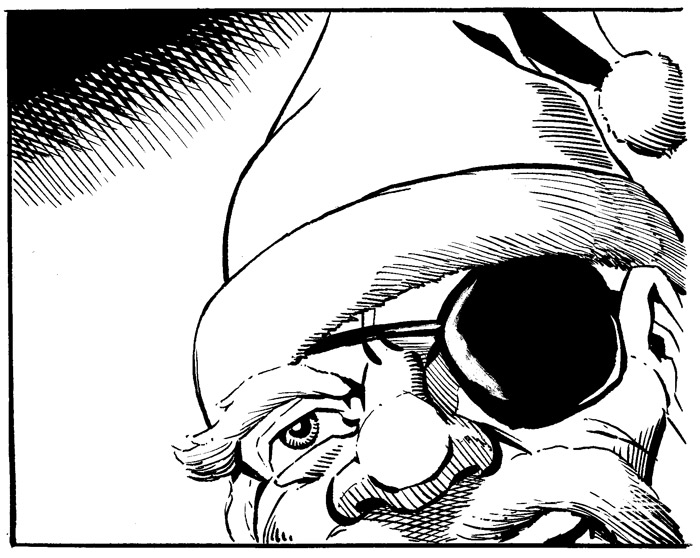 The creatvie evolution of the cover to Strength Monsters in "Ultra-Mayhem!" Help us raise the funds we need to have this cover color and become a backer on Kickstarter today here is the link; http://kck.st/1O4Ersu 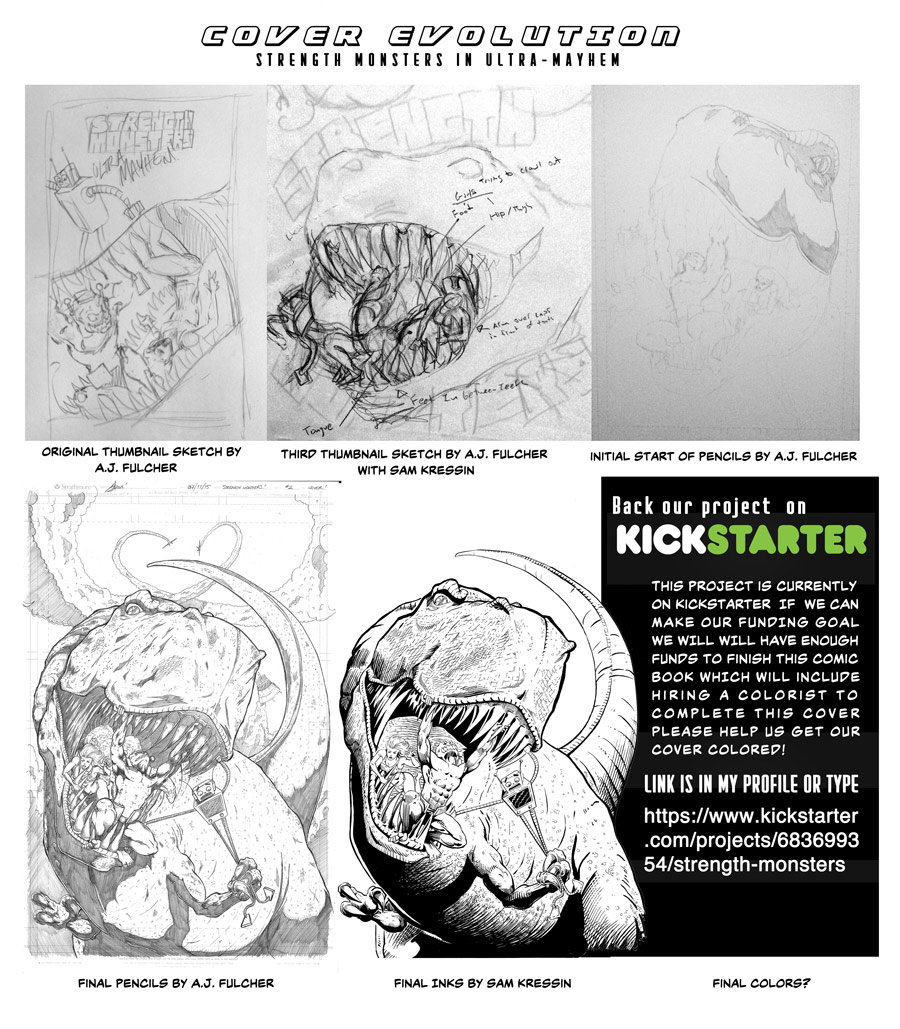 The Evolution of the cover to Strength Monsters in "Christmas Tree Delievery," pre-order your copy today on Kickstarter here is the link; http://kck.st/1O4Ersu 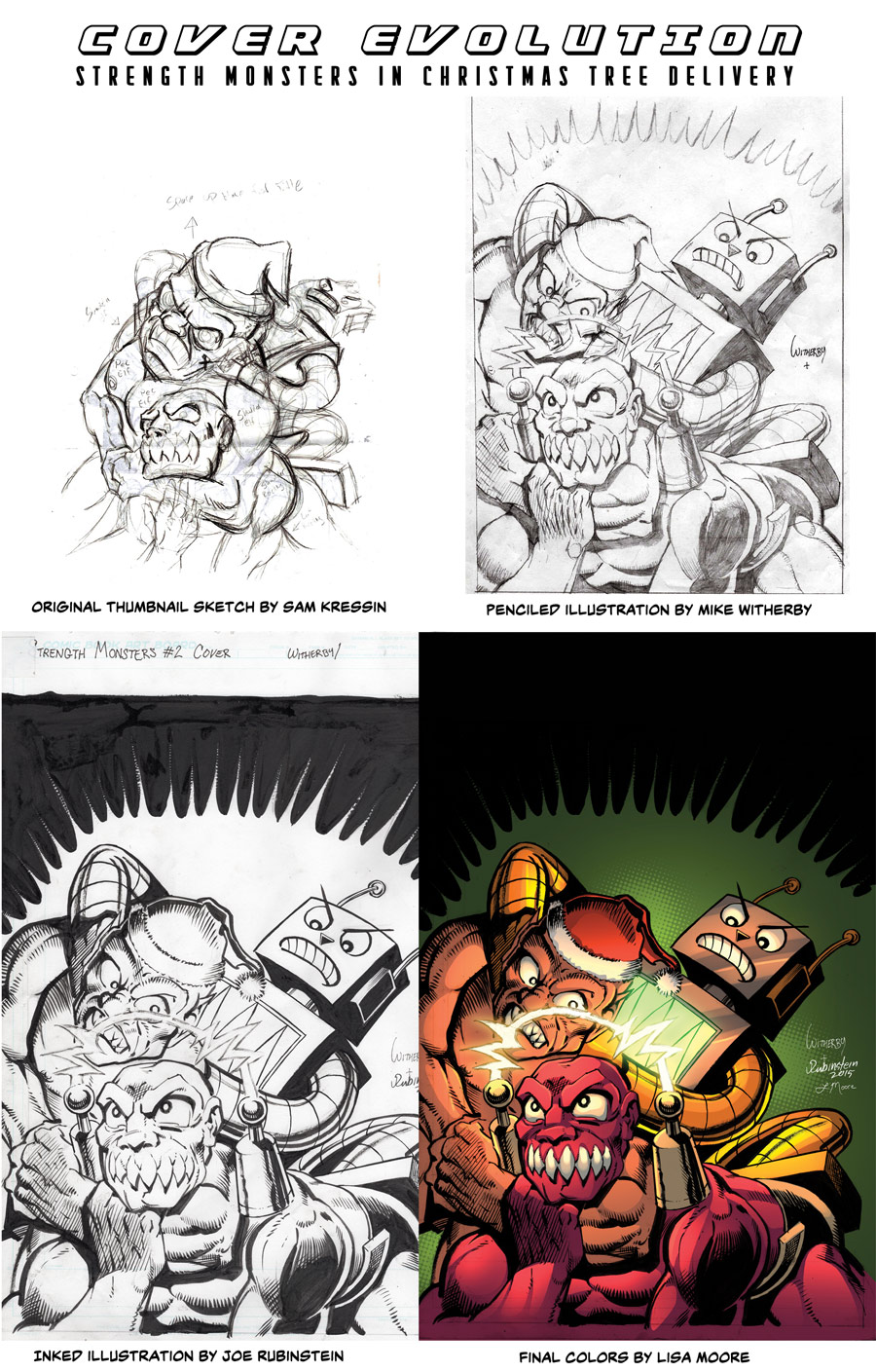 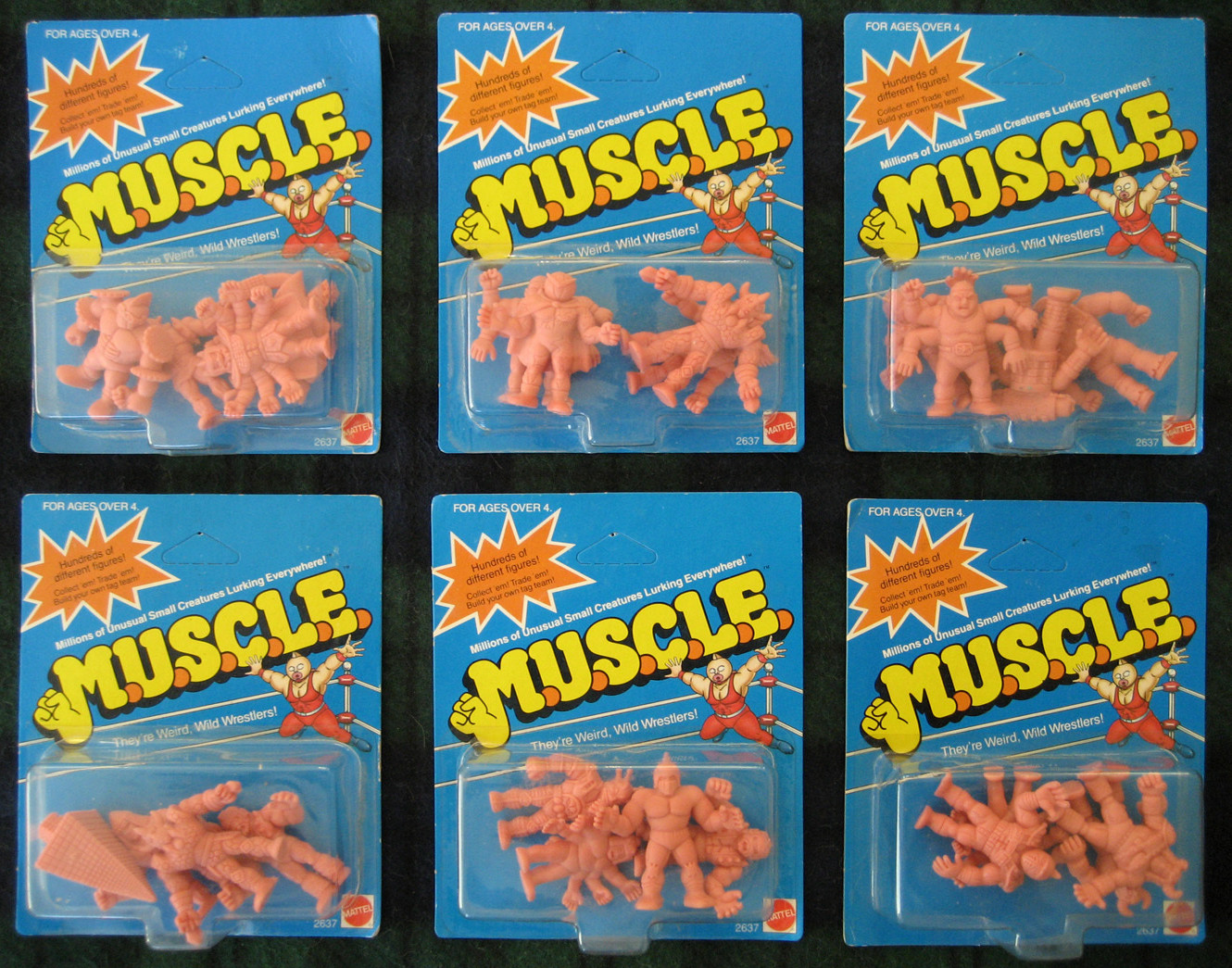 In 1985 I was around ten years old when M.U.S.C.L.E (Millions of Unusual Small Creatures Lurking Everywhere) hit the shelves of toy stores in the United States. I began buying these things immediately and in a short time had hundreds of them.

Two reasons why I was instantly hooked. First all these little figures looked really cool and seemed to all belonged in some sort of strange Pro-Wrestling league. Second you could buy a four pack for $1 and a ten pack for $3. So even on a small allowance these action figures were in my reach. Over the next few years as they sparked my imagination I set up an enumerable number of battles with these little toys.

What I didn't know about at the time was all these little action figures were actually based on an older Japanese comic book known as Kinnikuman. This comic book became so popular in Japan it launched a cartoon and a toy line of small figurines over there. Later Mattel brought the the action figures over to the United States rebranding them as M.U.S.C.L.E. (Millions of Unusual Small Creatures Lurking Everywhere) but left the comics and cartoons in Japan which is why I had no knowledge of it.

In 2012 I was in Europe with Billy Robinson and I had already started working on a comic book I was going to call Strength Monsters. The story had already been written and the characters had been designed based on older drawings I had done in high school. I even had several pages penciled. I told Billy about my idea for this comic book and he told me about how he had a comic book character based on him in Japan named Robin Mask. I pulled out the laptop at the bar we were at and immediately looked up Billy's character. Looking at the Robin Mask drawings and some of the other characters he was posed with something looked really familiar to me. 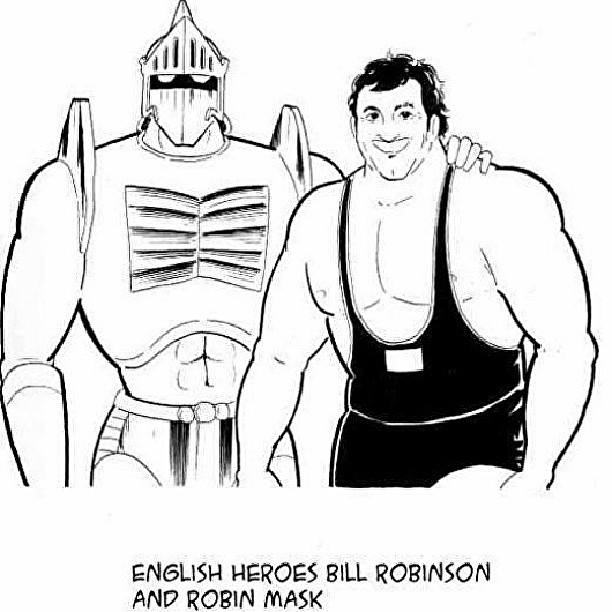 Doing more research I learned the Character Robin Mask was part of a Japanese comic book Kinnikuman. Looking at those comics I started to recognize characters from the M.U.S.C.L.E. toys I played with as a ten year old kid. That is the true story of how Kinnikuman influenced me creatively. To this day I’ve still never actually read any of the Kinnikuman comic books or watched the cartoon but I played the hell out of all the toys (in fact I even rated them as the 2nd best action figures of all time in an article I wrote).

Strength Monsters Issues Two and Three are currenlty on Kickstarter! Checkout the campaign and get behind it here; http://kck.st/1O4Ersu

Sam Kressin and Mike Witherby in Sam's Southern California studio Mike holding the finished cover they collobrated on along with Josef Rubinstein. Get behind this comic book Kickstarter today here is the link; http://kck.st/1O4Ersu 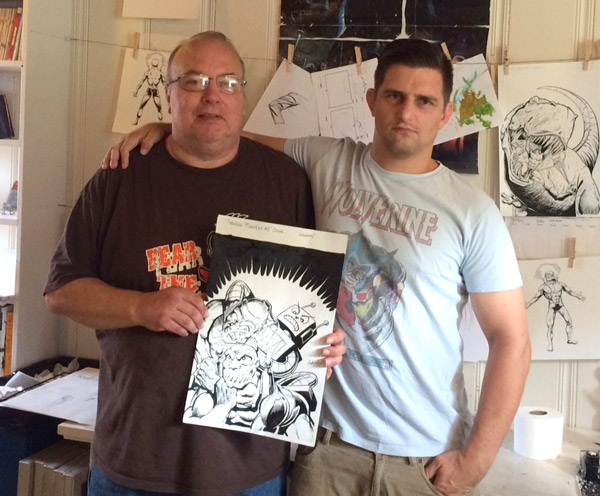