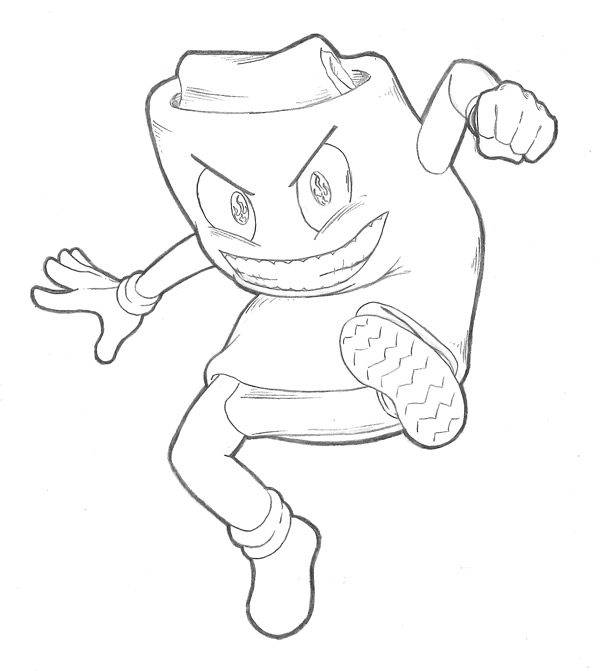 Part two and the conclusion of our interveiw with comic book artist A.J. Fulcher. Need to go back and read Part One? Click Here. Checkout the Kickstarter of A.J.'s Latest Strength Monsters Comic Book here; http://kck.st/1O4Ersu

SM: What was the first gig you started on in comic books?

AJ: I ran into Michael Heitkemper several years ago he’s a published author and has won a number of awards for his work. I sent him samples of my work and asked him for anything he had going on. He sent me back a script for Freedom Fighter I started working with him on it and he just recently upgraded my entire studio here in San Diego I have everything I need now to produce an entire comic book on my own. He was the first guy I started working in comics with.

SM: Anything you can tell us about Freedom Fighter?

AJ: It was the first project I took on. It was taking me forever just to do a 7 page pitch for it. That was a project I learned a lot on. The script had a guy in it with a shield kind of like Captain America but I tried to do stuff no one else had done before. I made him more like Batman combine with Predator with some Inspector Gadget thrown in there. I after that I really started to focus on my speed and ability to finish pages faster.

AJ: I’m not a great master of illustration but I have the ability to make what's in my head so when I draw something and it looks bad I would get discouraged. Once I stopped getting discouraged and stopped trying to make everything perfect from the beginning of a drawing I went from barely doing a page a day to being able to finish multiple pages within a day.

SM: That’s fast are you projecting the image onto the page while you’re drawing what happens that allows you to do that?

AJ: Probably goes back to dealing Blackjack, but when you're a dealer you’re also an entertainer your job is to entertain the people at the table so they’ll have a good time and spend more money. The pace of everything is really quick. You get 20 minutes in between each table and I always had a Sketchbook in my back pocket. So I’d use that time to practice. When I’d get home from a shift I’d only have a few hours to draw so I’d use that time to practice. I would draw the same things over and over again such as ears, eyes ect. this helped my speed immensely.

AJ: It got picked up by a publisher, Outpouring Comics, the first issue is slated to come out in Chicago at C2E2 in March. I penciled the entire book and I am penciling, inking and coloring the bonus script.

SM: Fantastic! Ultra-Mayhem is the second issue you’ve done of Strength Monsters what’s it been like working on this book. 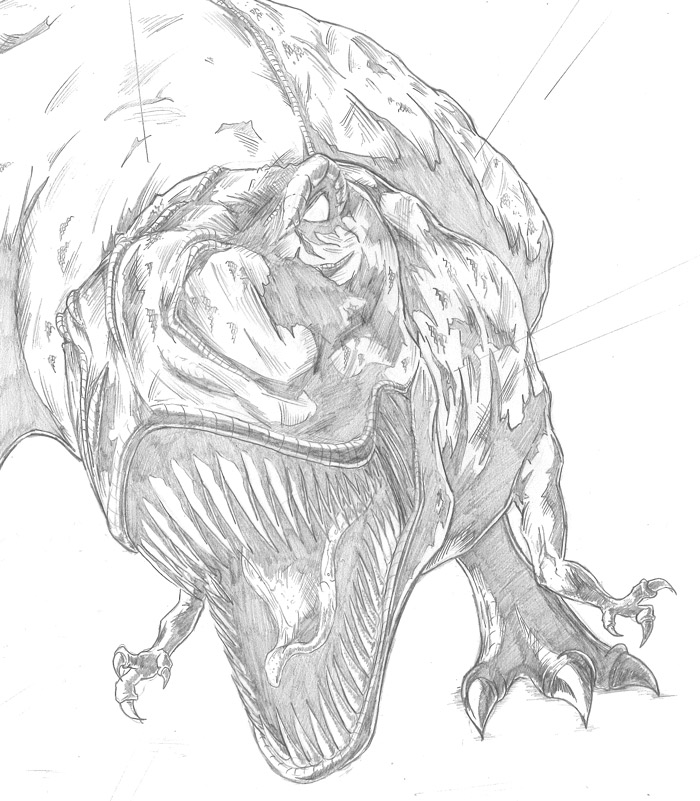 AJ: When I first read the script for Strength Monsters I thought this could be the next SpongeBob if someone put this on cartoon network kids would go crazy over it. My Kids love Strength Monsters they think the robot is hilarious and they couldn’t get enough of Burrito Man from the first issue. They keep asking when is Burrito Man is coming back? I think we need to do an origin story where we tell Burrito man's past and his mom is like a flour tortilla and his dad was a can of beans and some how they came together. I love the ridiculousness of it all. I think there’s a lot of heart behind the entire comic book it’s old school like Power Rangers, Transformers, Beast Wars all those classic cartoons that had kids spellbound. I think Strength Monsters is like that. When I first heard the idea I was skeptical about it. I’ve been doing this for ten years and have had a lot of people send me scripts I have a lot of ideas and stories of my own I’m working on so I’m picky about what kind of freelance work I do.

SM: You’ve been able to contribute a lot to Strength Monsters through your art. Especially through the way you’ve acted a lot of the characters in particular the Robot. Infact I feel that’s one of the really big differences between your work in Ultra Mayhem and the first Strength Monsters book is you were really able to push the acting of that character to a whole new level.

AJ: Thanks anyone who picks up this next issue and then goes back and reads the first issue will be able to able to watch the evolution of this whole thing. It’s a new comic and it’s just getting started.

SM: That’s one of the fun things about writing you don’t know what a lot of stuff is going to be until you write it. Everyone will be able to see a lot of things unfold in Ultra Mayhem it is truly a crazy over the top adventure comic about two best friends.

AJ: Finishing the first issue of Strength Monsters was a milestone for me. It was the first comic book I did 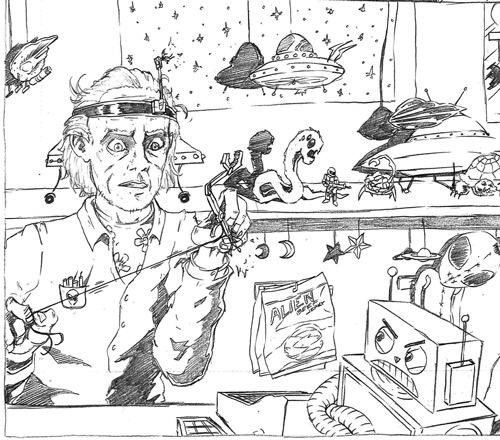 where I got to actually see it in print so I was able to put a lot more heart into the second issue because I knew this thing was actually going to be finished.

SM: What are some of your goals and future plans?

AJ: Two years ago I wanted to be able to finish a comic book then I wanted to get better at inking this year my goal is to finish at least 3 different comic books of my own and either self publish them or put them out through amazon, Image or anyone I can get to pick them up. Long term I want to have my own comic book company. Where I can have other writers and artists writing and drawing a lot of my stories and ideas.

SM: That's real close our goal here. The first year we finished one Strength Monsters book, the second year we have two books and hopefully we can get three done next year and finally as the ultimate objective have quarterly issues coming out in the future.

You can follow A.J. Fulcher on Twitter @Aerial_J_Fulcher  he typically updates with new artwork once a week. Get behind the Kickstarter for the lastes Strength Monsters Comic Book Penciled by A.J. here; http://kck.st/1O4Ersu