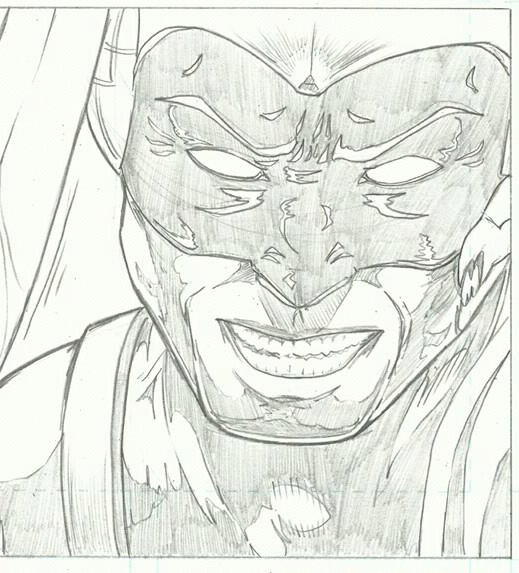 SM: Let’s start from the beginning tell us about how you first got into comic books?

AJ: My dad was an artist he encourage me to draw. When I was around two years old I drew a stick figure with circles under it. When asked about my drawing I said it was a guy running from that point on my parents were really diligent about making sure I always had pencil and paper so I was always drawing. When I was around seven I got a Sega Genesis and the first game I had was Mortal Kombat. I started making drawings and panels from that Video Game. Basically I was storyboarding the video game except I didn’t know what a storyboard or comic book was yet it was just something I did innately.

SM: How did you go from video games to comic books?

AJ: There was a Toys R Us next to my dad's work I use to go in there and play the video games they had out for display. Next to the action figures they had comics and Rogue # 1 caught my eye I read the entire comic in the store. Then ran back to my dad’s work and begged him for it I’ve been a collector ever since.

SM: After that did you start drawing comic books right away?

AJ: No drawing comics is more recent as a Kid I was more into Animation. I wanted to be the next Don Bluth I thought I would do hand drawn animation.

SM: What were your favorite cartoons? 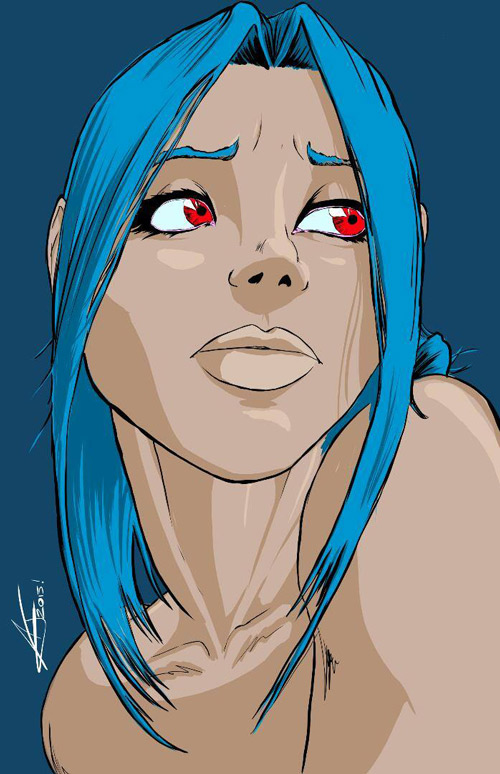 AJ: All the Don Bluth stuff. Land Before Time, All Dogs Go To Heaven, Titan A.E. pretty much everything he did.

SM: Those are probably some of the best animated films of all time. Did you start working towards becoming an animator?

AJ: By the time I was twenty three or twenty four years old I came out of a really dark period in my life. Drawing seemed to be a lot more accessible and within my reach than animation. Later on I went to study animation formally in school for a semester. Before starting the school I applied to would pretty much bend over backwards to help me. This education was really expensive and as soon as I paid them the money it was like they didn’t care anymore. I was taking classing but learning more on youtube.

SM: In the world today do you think you can pretty much learn anything you need to on your own?

AJ: Pretty much the biggest problem is the time it takes I feel like I can get a lot further focusing on what I can already do now. I had to stop my day job as a Table Games Dealer because I could no longer do it. My left arm, ring and pinky fingers no longer work. I have a degenerative disc disease that has progressed to the point where I have several compressed nerves in my neck. I needed to do something I could do now to put food on the table maybe later I can go on and learn all the animation stuff. I’ve got to do what I can to take care of my kids and family first.

SM: Basically you can get people to pay you to draw right now so that has to be first and foremost on your priorities. Later if you had the resources and time you’d learn animation.

SM: Fortunately you're right handed so even with your current condition you are still able to draw then?

AJ: Yea, I’m loosing height I was 6’4 now I’m 6’3 I have compacted discs and a series of disc intrusions compressing nerves in my neck and spine the only thing it really affects is my pain level and I seem to fall over a lot. To get drawing done now I sit back on a couch and kind of move and recline back and bring the paper to me instead of hunching over a desk. I’ve been doing a lot of Wing Chun stretches and they are also helpful. My neck is the real issue I can’t really even turn my head fast or anything.

SM: You also have two kids how do you manage with everything and still work as an artist?

AJ: My kids understand drawing is really important my main motivation for doing comics and everything is to show them they can do whatever they want to. My grandpa is 93 years old and everyday he instills into me that time is short and you don’t have much of it here so spend as much of it as you can working on the things you love and believe in.

To Be Concluded tomorrow in Part II in the mean time check out A.J. Fulchers lastest work in our current Kickstarter here; http://kck.st/1O4Ersu