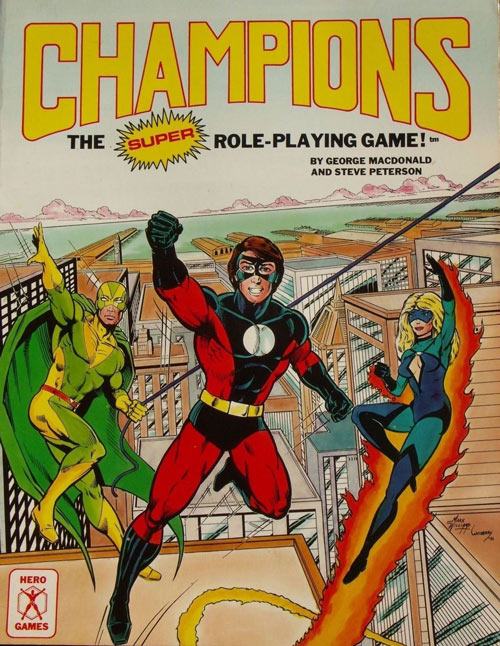 Strength Monsters recently had the time to site down with Marvel Comics veteran and comic book penciler and inker Mike Witherby who is making his return to comics in our forthcoming book, Strength Monsters in "Christmas Tree Delievery" Due out this December. In this installment we are able to discuss with Mike the beginning of his career, Role Playing Games, Silver Hawks and much more...

Strength Monsters (SM): Let’s start from the beginning how did you get into comic books?

Mike Witherby (MW): My favorite comic book to read as a kid was probably Spider-Man but when I was a kid you could collect the entire Marvel line up each month for about a $1.20 so I read everything. I couldn’t bring myself to buy the Love Comics though.

SM: What are the love comics?

MW: Marvel published romance comics for a very brief time Jim Steranko even illustrated a story in one but I still couldn’t bring myself to buy it even though it was nice looking job but that was also when I was young and at the peak of my comic book reading. When I was a kid that’s all I really thought about was being a comic book artist.

SM: How did you become a comic book artist?

I always wanted to do them but I was dissuaded from doing them while I was in school and the people I was introduced to in the comics industry also dissuaded me to enter comics as a profession. So I became disinterested for several years. Then I ended up losing a job and I thought this is the time to make up my mind about what I really want to do and so I began training to make comics. My first job was actually in the gaming industry doing illustrations for a role playing game called Champions.

SM: What was the game Champions all about?

MW: Champions was a Superhero role playing game. I heard from a lot of people that the system they had was brilliant. The company missed getting their new books out for something like four or five Christmases in a row and went under. The same company also had Justice Incorporated which was a Pulp Magazine inspired 1930s and 1940s type of deal with detectives and what not.

SM: This would have been around the early to mid 1980s when you were working on this game? Around the same time Dungeons and Dragons was really climbing in popularity?

Yea if you go back to the 1970s Role Playing Games (RPGs) were still pretty obscure. By the 90s there were specialty shops popping up in malls for RPGs. The Hero games I was working on kind of reached their peak in the mid 1980s. I did some character designs but I was mostly assigned to do covers. I did some full color covers for their quarterly book I worked as an inker on the Champions book and I illustrated a book called Enemies Three which was a package of various villains you could use for these game scenarios it was a cool assignment.

SM: How did you make the transition from working on these RPGs into comics?

A couple years after that I took a trip to New York and spoke to some editors in the Marvel office and that lead to doing Silverhawks which was my first professional comic book assignment. 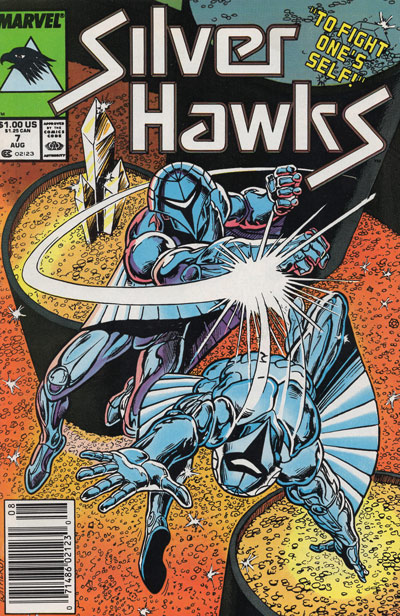 SM: Silverhawks was a pretty big deal. I remember that cartoon spun off of Thundercats which was huge.

SM: While Silverhawks didn’t grab nearly as many kids as Thundercats. It still produced around 60 cartoons and is an icon I think in a lot of people's memories of 1980s comic book and cartoon culture. I love the cover you did for issue seven. Is there a favorite issue you did during your run on the title?

MW: Thanks, I’m glad I had the opportunity to work on it. The fourth issue is probably my favorite it’s where The Copper Kid helps out The Gambler. That one was a lot of fun.

SM: What did you do after Silverhawks?

MW: I ended up working for Innovation under David Campiti’s mentorship. He called me up and asked if I wanted to to do some comics and we started working from there. I worked on Hero Alliance and Newstralia all published under Innovation.

SM: From there going further into the 90s probably the work you are most well known for was inking Morbius The Living Vampire how did that job come about?

MW: I hadn't done any work for Marvel for 4-5 years at the time. I ended up working as an assistant for Joe Rubinstein. He flew me out to his apartment in brooklyn and trained me for a week. While I was out there he took me over to Marvel and to the office of Bobbie Chase. She took a look at my inks I did on Hero Alliance and really liked them then offered me a Job on a Hulk Annual over Ron Wagner. Ron really liked what I was doing so I was then given the chance to Ink Morbius over Ron. It was a neat Story. The first time I walked in there they offered me work.

SM: How did you meet Joe Rubinstein?

MW: At a comic con in San Francisco around 1980-82 he was the only comic professional that would really talk to me about my work. I talked to a lot comics professionals and they’d usually just say “yea keep it up” or “keep trying you’ll get there” and Joe gave me some really strong instruction and high level of critique. I guess I was one of the few people who could handle his stern correction and we kept an acquaintance after that and he became a real mentor.

SM: What was it like working as Joe’s assistant?

MW: Pretty intense I kind of cut my teeth on the Infinity Gauntlet series. I did some of the backgrounds and got a special mention in the early collected edition of those stories. That was some of the stuff I worked on when I was staying with Joe Rubinstein in Brooklyn he was looking over my shoulder while I was working on that. I was doing some inking over Ron Lim but I also go to work over some of George Perez’s stuff.

SM: That’s one of the most iconic stories of Marvel Comics and it looks like they’ll be bringing a lot of it into the films soon.

MW: They’ve already brought in the Infinity Gems. The Gauntlet will probably be coming in next. Thanos has made appearances so it will be cool to see what they do with it and how they interpret all that material for the films I’m looking forward to it. 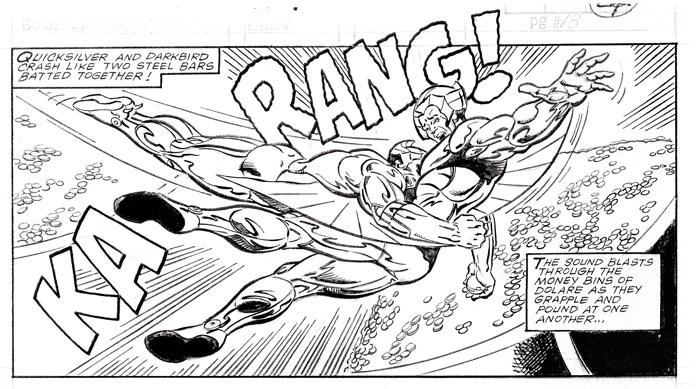